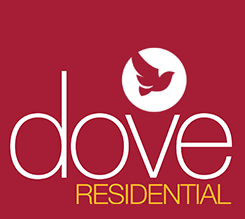 Mold had been painted over on the wall, many times asked to be sorted! Increased the severity of my asthma. As soon as you sign the contract they don’t bother with you, I guess as soon as they’ve trapped you in for a year they don’t care anymore. Don’t expect to get your deposit back even if you leave the house in the same condition as you arrived in! They sneak things into the contract and change things without you knowing and claiming they told you even though they didn’t! Ridiculous staff who tell you one thing and then another staff member tells you something else? Never ever again! I’m on a committee at Sheffield Hallam and have close relations to uni of Sheffield too and I shall be making sure the whole of Sheffield Hallam and uni of Sheffield know how awful deceitful this company really are! No.1 student company my bottom!!!!!!

Very responsive to problems and genuinely care about tenants wellbeing.

Agent was late for viewing appointment. She promised the room would be clean before moving in. However, on my arrival, the flat was in a terrible condition, e.g. loose tap, spider webs, lots of wasps, leeches and slugs. The landlord wouldn’t do anything but just let the problems become worse. Mice appeared at nights. I have never lived in such condition even worse than those homeless in my home country. When you decide to leave due to such horrible circumstance, you would find out you can’t get back your rent paid in advice because you don’t have a British guarantor. How “Fair” it is!

Great experience with this company, efficient, professional and courteous , needed help on several lettings , couldn’t have asked for better service from start to finish