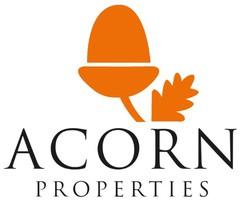 Worst letting agency I’ve used, procrastinating, unhelpful staff. Can’t be asked to do any repairs so once ended up without hot water for 4 days! Everything takes million years if they can be asked to help out at all. Left a professionally cleaned property and did not receive a penny of my deposit. Shame on these people!

If I could give less than one star I would. Acorn is by far the most unprofessional company I have ever had the displeasure of dealing with. I hope students in the future read this review and decide to go with another letting agency. We signed for a property with Acorn in March and our tenancy was due to start in July. Before signing the tenancy agreement we realised they had slipped in a clause which charged us an extra £50 for a fee we had never heard of and were never warned about. Considering the fact that we had already paid £250 of admin fees, this was unacceptable. After days of arguing, we got this fee removed from the contract. We then heard absolutely nothing from Acorn and were given no information before moving in. When we did move in, we were welcomed home by a pile of abusive letters from our energy suppliers saying we owed overdue bills. Apparently Acorn had set up an account for us “as a gesture of good will” and forgot to tell us. Essentially, we didn’t even know that we were paying energy bills for a house we weren’t even living in and when we tried to explain how inappropriate this was, Acorn’s only excuse is that they must have forgotten to inform us and that it wasn’t a big deal. The property also hadn’t been cleaned in between tenancies. The oven and microwave were filthy with left over food stains from the previous tenants. The sink was in disgusting conditions. There were bits of dirty tissue paper left all over the kitchen and bathroom. Things only got worse. When we moved in we realised one of the bedrooms was completely uninhabitable. There was mould growing from the floor half way to the ceiling. The bed was soaking wet from the damp that had infiltrated. According to Acorn’s inventory (which had apparently been filled out only a couple of weeks earlier) the bedroom was in perfect conditions with brand new furniture. Having looked through the inventory we realised that no one had actually visited the property before filling it out. They got everything wrong, including the colour of our front door. It was ridiculous of them to argue that they had visited the property when one bedroom was entirely ruined by damp and the others were missing half the furniture listed on the inventory. It took months for us to rectify the issue with the damp. The tenant who was meant to be living in that room had to move out as it was unhealthy for her to stay in the room, especially with a wet mouldy mattress. Acorn argued with us for ages saying it wasn’t their responsibility. We got no understanding from them and wasted a considerable amount of time arguing. Things got a little bit better when we got a representative of the City Council involved. She concluded that Acorn had to carry out significant repairs. Acorn did this by repainting the room, buying a new mattress and putting a dehumidifier in there. But then they told us to pay for 8 hours of heating a day that way the damp would dry out. This did not solve the root of the problem and ended up costing us a ridiculous amount in heating bills. The bedroom remained cold and damp with peeled paint and damp stains everywhere. Eventually we got sick of arguing. We agreed to their terms and did what we could to keep the bedroom dry. As for the furniture we were missing, this issue was completely ignored by Acorn. We signed for a fully furnished house and ended up living somewhere with no desk chairs, no lamps, no light bulbs, no cutlery, no plates, no cooking equipment. We paid for all of it ourselves, and despite asking on numerous occasions we received no compensation from Acorn. We had a number of smaller issues with Acorn throughout our tenancy. On each occasion we were told it wasn’t their responsibility and that we had to deal with it ourselves (apparently it’s a considered a tenant’s obligation to personally fix a broken extractor fan in the kitchen). We received absolutely no help. Considering the outrageous sum of admin fees we paid, the service we received from Acorn was appalling. The staff was rude, patronising and always quick to shift blame onto us despite the fact that all we did was signal important issues and try to help Acorn keep their property in a good state. No words can describe how frustrated we have been with this company. To make matters worse, we submitted a formal complaint made in full compliance of Acorn’s own complaint procedures. This was completely ignored. We never heard a word from them. At the end of our tenancy, we paid a considerable amount to hire a professional cleaner who was given Acorn’s end of tenancy cleaning list. We stayed behind to make sure the house was spotless. Despite this, Acorn withheld a ridiculous amount of money from our deposit for ludicrous reasons. They found a couple of faint blu tac marks on one wall of one bedroom and demanded enough money to repaint the entire room. They also found some dust and demanded around £200 to have the entire house professionally cleaned. Just another example of Acorn trying to scam and disrespect students.

Does not have negative rating not worth one star as well. Do not advertise Acorn properties on RightMove. I was a victim by RightMove site. Acorn showed me a property and agreed to give by doing all corrections required. After giving couple of extra days than what was needed, we still got the property in shit condition. Now each time we call for getting it fixed, they have some or the other excuse since last 4 days. Why do new tenants have to suffer for the damage which was not done by us. Plus took an extra charge to what was agreed. Gave property keys very late and did not turn up.