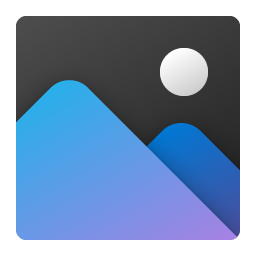 Mark and Machiko are both terrible people. All smiles before you move in but as soon as you’re in they are nasty bullies who refuse to answer even the simplest of requests for contact details. They have more than enough time to lie to you regarding your tenancy though. I could literally write an essay detailing a very long list of their awful and harassing behaviour but I’ll keep it to a simple warning: You will avoid a lot of unnecessary stress if you stay clear of these horrible people. I am currently purchasing a house (which they are making more difficult) so I am in discussions with my lawyer about legal options to deal with the situation.

DO NOT RENT WITH THESE PEOPLE! I rented with them as a professional person, not a student. They charge extortionate fees which they sneak into the contract. Mark Sefton had someone else living in our house for a month after we (and they!) were paying rent on it. I walked in to my house to find another person there! I could not get my deposit back. He would not fix critical issues. Do not do it. As is the person above, I am in contact with a lawyer about these criminals.

I had a number of issues with universitylets: – They wanted me to pick up my key from the previous tenant, but the only time we were free was the day before my tenancy started. When they found out I was going to pick up the keys the day before the tenancy they tried to charge me a day’s rent. I asked if I could not just pick up the keys from them. They stated that I couldn’t do that, but I could call them out to the property to give me the keys for 35 quid. What kind of property agency charges you to get the keys? – A month before the end of my 6 months, after previously stating on several occassions that I wanted to extend the contract, they advertised my room without telling me, and told the prospective tenants to get in touch about seeing my room. When I asked to extend again, they said I could only do that if I paid the same admin fee again that I paid when I first moved in – a few hundred quid. I said no, as the contract states I only need to pay a 35 quid extension fee. They served me eviction papers (to my bedroom while all flatmates were out). Don’t touch them with a barge pole. I’m currently in contact with a lawyer about their behaviour. Oh and they wouldn’t give me an itinerary, proof of a gas inspection, or an EPC as legally required. They are crooks.