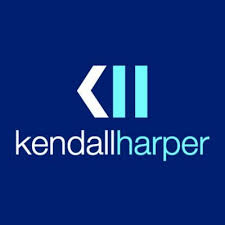 If you are a tenant in a rental property, stay well clear of this company. They do not stay impartial between landlord and tenant, but instead try to scam you out of as much of your deposit as they can. When we first moved into our unfurnished flat on Cotham Brow we were surprised to find a corner sofa still in the flat. We were then told we can use the sofa or remove it as it was an old tenants. We decided it would be more hassle moving around a corner sofa so decided to keep it. We had a document from Kendall Harper stating we can remove the sofa during our tenancy. 18 days before the end of our tenancy I called up Kendall Harper to double check we were alright to take the sofa, and to get back to me as soon as possible as we were moving to Wales and planning on taking the sofa with us. Even though we had it in writing before, I wanted to check that both sides were happy. 2 days before the end of our tenancy, I got an email saying the landlord wanted to keep it, and he would be willing to sell it to me for £450. Unfortunately we had already moved the day before. We spoke to Kendall Harper explained the situation, and we were laughed out the door. We spoke directly to Geoff, the manager at Kendall Harper and he personally called us thieves, and threatened us with losing over £1000 from our deposit. At no point did it feel that Kendall Harper were able to look at the situation from our point of view,after we had been given information by themselves, to say we can do whatever we want with that sofa. As tenants we felt extremely unsupported by Kendall Harper, as letting agents they should be a neutral party between landlords and tenants, but it seems they will be loyal to whatever will get them the most money, not what it right and just. We took our case to DPS, and we won which meant we received our full deposit back. If you are renting in Bristol, stay well clear of this company, they will not ever be on your side.