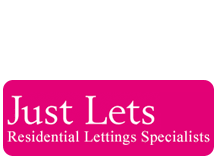 Overall it was good experience dealing with just lets. A few issues were fixed quite rapidly throughout the year, some problems with damp in some rooms however weren’t dealt with so quickly. Also sometimes the contact between them and us could have been better with letting us know when people were coming round to fix problems we had reported. A small amount of our deposit was deducted for cleaning the property after we moved out but it wasn’t much at all.

Really nice letting agents, I think they are a family run business. They were reliable and always made sure that the property was looked after. The house we were in was not the newest and did have its flaws but the service was good overall. Having lived with other letting agents since I would happily rent another property from them again.

Just let’s were a very good company, although the property was not the best. The responsiveness to issues were very efficient and overall were a good letting agency.

Maintenance issues were dealt with fairly rapidly and they were easy to get in touch with regarding these issues. There were however some ongoing problems with damp as in many of the student houses in Brighton, however these were not highlighted upon our move, some honesty would have been appreciated with this. Overall though a good letting agency to go with, especially in comparison to others that operate in Brighton.

When viewing the house originally we were sent to the house without an agent to show us around. The lads who lived there were nice enough to let us in but Just Lets had not told them about any viewing. Funnily enough this happened a year later when I found myself hosting guests around the house without any sign of an agent. Sure, let me do the minimal work you need to collect the extortionate agency fees you collect. After moving in we lost all connection (after coughing up £150 each for 7 people for them to do nothing) except for an instant where I had lost my keys and needed a new one cut. After contacting Just Lets near closing time I was told I had to give them a £50 deposit for the master copy so I could then cycle to a specific shop in Hove (about a 30 minute walk away) to get back just in time before they closed to return the master key. I got back to my house to find THEY HAD GIVEN ME THE WRONG KEY TO HAVE CUT! So I had just wasted over an hour of my time to be homeless for the night. Had to go through it again the next day. No apology also the first set of (useless) keys cost me a tenner which they did not feel the need to reimburse me for their incompetence. Just Lets is JustAnotherOfManyMoneyGrabbingUselessEstateAgents operating to shaft students of the little money we have.

Just lets only care about money They lie about what they will do we had arrangements for them to fix up our fairly nice prior to move in instead they finally did this around a month before we moved out Quite a few times potential new tenants were left on our doorstep waiting for someone to show them the house and they did not turn up meaning we had to show others around ourselves They did not sort anyone to come and sort out our moldy ceilings and instead just ignored us do not use!!!!

They are horrible people. They still own me and my housemates a great deal of our deposit back. which is well over £1000. They were very rude and had horrible service. Simon is rude , impolite and cares little about his customers. The house was of very very low quality and it had several problems. Ie . They did very little to help and took their sweet time to come and help us. They would often come to our house uninvited and just open the door. I could go on …. Just do not go to Justlets .

Charlotte_002
1 Reviews
2.0
Avoid if you want your deposit back

The house was alright when first viewed, however upon moving in it was clear that no cleaning had been done with spillage marks on the kitchen counters. During the tenancy some repair work was carried out, it took a few months to get it happening but was sorted out and the contractor left a huge mess. When moving out they caused a huge fuss about our cleaning (which we did to a professional standard) and the deposit was eventually returned almost 2 MONTHS later and that was only after threatening to take it higher up. Also when talking to the manager of Just Lets he was incredibly rude. I would avoid if you want a stress free house!

While renting a property from them, I found myself in the highly unusual situation of being both tenant and proxy to the landlord. Initially, when I moved in I was just a regular tenant. The property turned out to be in terrible condition, to the extent of being unsafe. I phoned the agency almost every day for a month pleading with them to send an electrician as I had no working sockets or heating and told them I believed (correctly it turned out) that the wiring was unsafe. I was fobbed off for nearly 6 weeks. Later when I ended up being proxy for the landlord the situation decended into an utter farce with me reporting problems to them as a tenant and them sending me an email as tenant saying one thing, and then another email to me as proxy saying something completely different. They outright lied to me as a tenant and were too stupid to keep their lies straight. It was the same dumb woman emailing me on the same email address. They were utterly shameless both in how they treated me and how they treated the landlord, who they lied to in equal measure. They billed him for work done that was either not done, not done to standard, or was done weeks after they assured him it had been completed. They left me in a dangerous property, and even when confronted with proof of their negligence they refused to apologise.

Charging high fees for nothing whats the point of an agency fee if you get jack sh*t in return for it.

The property had a few problems the house was not cleaned when we arrived at the start of our tenancy not happy overall they could do better.