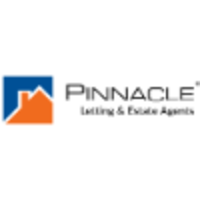 Recently rented through pinnacle, turned up to my new house only to find it unclean and stinking of smoke. Mattresses unusable, appliances broken and fire alarm out of reach and constantly beeping. All this took them nearly two months to start sorting out, I would not recommend them to anyone, student or otherwise.

Pinnacle is definitely the worst company I’ve ever come across. If you choose to sign with them don’t expect replies to your emails and if you choose to phone them they say ‘we’ll get back to you later today’ and they never do, no matter what the issue is. The property its self was in a state of disrepair. My handy man told me to contact him directly as he knew pinnacle are too incompetent to deal with the issues. For 3 months of the tenancy one of the rooms had water coming through the ceiling. Of course pinnacle did nothing to help this problem for 3 months which meant one of the tenants (not me thankfully) had to find alternative living arrangements for himself and all his belongings. This cost a lot of money and pinnacle don’t except any responsibility for this and aren’t willing to give any of the £1020 spent on the rent for this room back to the tenant. Another issue we had was mould and damp, which meant we all became ill and despite being asked many times to do something about this pinnacle did not. For the final month of the tenancy one of the two bathrooms had mould all over the walls to the point where is was black and you could see the white paint, also the shower was broken completely. Pinnacle told us that we all should share the other bathroom as it’s only a month. No regard to our actual needs what so ever. Also no money was given back to us over this issue. After all these issues we had over the year tenancy they still decided to deduct a considerable amount of our deposit. It also took them 7 weeks since we moved out to show us these charges. We of course disputed these charges which should have been very straight forward as all the evidence pinnacle provided was dated to before we moved in and a lot of the things they were trying to charge us for, they didn’t provide any evidence. We also had photos of everything to prove that they were completely wrong. Once we started disputing it, Alex Forse, the person dealing with our dispute took a two week holiday. Although some members of the team told us he was ill and others said he was on holiday so we’re not sure what to believe. To actually get any information from them we had to phone and email everyday for weeks (not exaggerating at all). Also visiting the office didn’t help any of these issues. Over the phone they tell you there really busy and when you visit the office they’re chatting listening to heart fm with some douche bag puffing on a vape in the corner. I could go on more than this about every little detail which makes this company awful. By all means never sign with them! I’ve got a new flat with JNR Properties who have been amazing. Any issues they send a trained professional over the same day. Increble service when to my knowledge there is only 3-4 in there office. A breath of fresh air. Pinnacle you can suck it.

A nightmare letting agency. Very high agency fees (£109 each) and a large deposit required. The house was very very dirty on moving in, with poor condition mattresses, wardrobes, flooring and the front garden was a meter deep in rubbish. House was completely unkempt and although the contract stated it would be cleaned on arrival, it was the opposite of clean. Maintenance issues were difficult to sort out via the agency. Very short notice given for people to look round the house. The staff were generally unhelpful. We also still haven’t had our deposits back 3 months after moving out of the property (a toral of £2200 between us). We were charged £300 for a deep clean even though the house was filthy when we moved in and we cleaned it well on moving out. The new tenants who moved in said it hadn’t been deep cleaned at all so pinnacle are liars and try to take advantage of students renting for the first time. We were also charged for missing furniture which wasn’t missing at all and we had fully detailed on the inventory we did on arrival (Pinnacle did no such thing). Overall, pinnacle is a nightmare to rent from, are very dishonest and I would never recommend them.