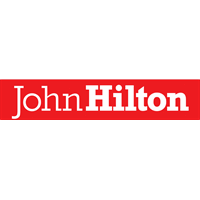 Steve Pan
1 Reviews
3.75
A fine letting agency and so far a happy client

John Hilton have made things easy for us so far. They have been very polite and friendly, and even sent us a welcome basket. Any issues I’ve had so far have been resolved quickly. Just make sure to actually read the contract before signing anything however overall I would recommend John Hilton.

Fairly happy with John Hilton so far in the first two weeks they sent us a gift box with milk, toilet paper and coffee, which is unheard of at the student level, we had problems with the washing machine they were came and fixed the next day. My house mate locked himself again they came and sorted it out. The house it self is really nice and in good condition the grass is cut for winter. If i remember correctly they did not come on time to our viewing but its a minor. They did not explain much about our tenancy agreement we were pretty much left just to sign it. Happy new Year People!!!!!!

This is my first year living away from home and I’m happy with the house i’m currently living in. John hilton were spot on with their advertisement of this house. We were given a reasonably good tour of the house and rooms, and was even provided with an idea of how to adjust certain rooms to our liking. We had an issue with an in house appliance and John hilton responded to our call and came to the property within 10 minutes with help. Overall, I am pleased with my current house and current letting agent. Definitely staying at least another year with them. 5/5 stars!

Been renting my house with them for the past 4 months now and so far i have no complaints. They where quick to resolve problems with the house, the house I am renting was in very good condition when we moved in and so far i am happy with the service. I will leave another review once i see how they deal with the deposit payment and if the treatment remains consistent throughout the remainder of the year

An average house. Great response to any issues brought up by the tenants. However, the house does have mould that has been there since the viewings. Could be better, but i would recommend the agency to a fellow student.

I lived in a house with them last year and I have to say it was not a pleasurable experience, this was mainly due to the fact that we encountered rude staff who did not seem very willing to hear what we had to say about our issues in the house. However most problems were eventually resolved. Also when getting deposit back there was money taken out that was not accounted for with a receipt. The final thing that made this agent bad was that they frequently scheduled viewings without letting us know. Also the house was of a very poor quality

John Hilton have been a very good agency so far. They have helped us with any enquires we have had and any problems have been dealt with quickly. We are staying with John Hilton next year and overall I was very happy with their service

The house is in good shape so I can’t really complain they leave us to get on with it. However they have been ok when we’ve had issues.

There is no complaints about the house so far as it has been a well maintained and well looked after house and we have just renewed our contract with them. However when it came to renewing our contract which was in the planning for months which John Hilton was fully aware about, they decided to tell us on the last minute that the new contract would be a 12 month one, not the 11 month one as previously thought and was even changed right in front of our eyes just before it could be signed. It does seem like a last minute plan to get more money out of us however they have been responsive to any problems that we had with the house (not that there was many issues with the house to begin with). I would not have had any complaints if these guys where a bit more upfront with us as i don’t mind too much having to pay an extra month, i would have liked to been informed of this before we gone into John Hilton and right before we signed the contract.

Philip Halsey
1 Reviews
4.0
So good I went back for more!

In my first year, we had a HUGE house by hartington, lacked a bit of a homely touch, but big rooms. They always responded to problems, even when a tree fell down in a storm. Deciding to go with them for 3rd year house so must be doing something right!

GNDM
1 Reviews
4.0
What I expect from letting agent

I cannot praise John Hilton enough for their customer service finally I have rented from a letting agent that is quick to solve problems and offer good houses to rent from.

Not overly helpful but is what you would expect from a letting agents. They did more than previous agents (MTM) but not enough to gain a higher rating.

I currently live in a property which I rent through john Hilton but it is managed by the landlord who is great with getting everything sorted quickly. When we took the house the contract was explained clearly and when we moved in they called to book an appointment and sat down with us and explained how our deposit is protected. I would definitely rent through John Hilton again and I have heard from other people that they are a fair agent when it comes to getting deposits back and there were no false promises when showing us around the house just to get us to rent it.

When we were shown the property we went on to rent we were told that it was furnished. We found out that this was not the case after paying agency fees. We had problems throughout which were generally caused by what can only be described as incompetence. We received our deposit almost a month later than expected as our details were not passed from one member of staff to another. The property itself was fine and our landlord was brilliant, but whenever we had to deal with John Hiltons the experience was consistently painful.

You won’t see your deposit back Stay away

Would never use John Hilton again! They didn’t respond to requests to mend things that went wrong in the house, for example it took them 4 months to fix the oven which we were left without for this amount of time until we got the manager involved. Also some windows didn’t close, there was a massive damp problem that they tried to blame on the tenants and they clearly had no interest in the well being of the tenants only the amount of money they could make. After living in the house for 2 years and paying the rent on time every month and cleaning the house from top to bottom when we left, they only refunded £150 from £2700 deposit! We are still fighting to get the amount we should get, the full deposit back. Would never rent from John Hilton in Brighton again.

John Hilton are one agency to avoid renting from because they will do all they can to find any excuse to deduct money from the deposit at the end of the tenancy as we just found out when my  tenancy came to an end at 40 New Market Road BN2 3QF, at the beginning of August. To begin with, the property contravened Health & Safety standards because it suffered from a serious mildew problem in the basement floor where the kitchen and living room areas were. When this was brought to their attention, they dismissed it as a mere cooking odours disregarding the fact that these rotten odours were existing even before the tenants checked into the property and started cooking. Not to forget that there is world of difference between the odours of mildew and cooking, so one can’t mistaken one for the other. Concerning the deposit issue, at the end of the tenancy John Hilton went into the property with magnifying glass trying to, UNFAIRLY, claim charges and so called damages that were very unjust. They truly augmented and exaggerated their list of deductions. For example, a house that was thoroughly cleaned by the tenants and their parents John Hilton still charged £300 for cleaning which didn’t make sense at all!!! This is just one example among many other unreasonable one. John Hilton clearly took advantage of the students and the whole situation in trying to maximise the unjust deductions. By law, if John Hilton can’t provide evidence to any damages they claim for then the related claim will be rejected and they can’t hold the tenants accountable for it. John Hilton couldn’t substantiate most of their claims but they took advantage of the inexperience of students in dealing with such issues and they refused to deal directly with the parents whom actually paid for the deposit in the first place and rent throughout the year. The final balance returned from the original deposit was pure and simple RIP OFF. They deducted a whole £180 just from my  deposit without prior justification and proof. In comparison, when my daughter rented from BAA the year before, the deposit was returned without any hassles. So, please students, be careful when dealing with John Hilton because they DON’T play fair game.

Love renting with John Hilton, they have been great with responding to any issues and they always go the extra mile to make sure we are happy tenants! Would highly recommend!