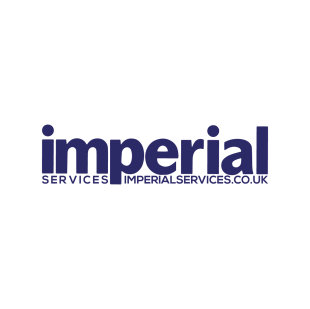 Literally the most awful lettings agent in Cardiff – and I thought CPS were bad! They don’t provide you with accurate information, they don’t reply to your emails, they don’t answer their phones (only once in a blue moon I’ve found), and the attitude of the Manager and some of the staff is simply appalling. In trying to get my final deposit back, I emailed over what I thought would suffice (final bills), however two of the bills apparently did not have the account closing date on – fair enough. However, they did not even bother to respond to my email simply to say ‘sorry, these don’t have the date on – could you send another bill (or whatever) over please?’ – no, instead they just ignored my email and told me nothing more about my deposit until I emailed them AGAIN, and they responded several days later. Their attitude and service is literally the worst I’ve come across. I even read several negative reviews of them and the manager beforehand, however thought that maybe it was just a few occurrences. However after speaking to others, seeing even more negative reviews and my own experience it’s safe to say that they are NOT a reliable agent. The only positive I have is that when I did live there they were relatively quick to get the maintenance team out to fix whatever the issue was, however that’s probably only because I put pressure on them to as I had a young child living there. Definitely not worth renting with these people!

Before diving into a complaint about the company (which I do very seriously dislike) I will offer one positive to offset the criticism. For all their flaws and faults, some of the deals they offer with bills included were extremely competitive compared to the prices I’ve paid at other places in Cardiff. The other complaints that reviewers make about them not responding to emails/ caring about tenants after they’ve been signed – while true, is not unique to Imperial. The nature of the market in Cardiff means that virtually every agency takes their tenants for granted. My main issue is to mention again like others their borderline criminal behaviour towards tenant’s deposits. Every agency I’ve been with will charge a dishonest £20/£30 for ‘cleaning’ regardless of the state you left or found the place in. Unfortunately it’s just a fact of life that unless you are willing to spend a lot of time and effort disputing agencies, they have all of the leverage when it comes to your bond. Imperial though, are the first agency I’ve met who start their dishonest claims on at least £150/£250. Their strategy then is to ignore every single e-mail/ evidence/ communication you send to them to dispute it until the last possible minute of their self-imposed deadlines. At which point they will ignore everything you’ve said and knock a small amount off the amount they’ve asked for – and rinse and repeat until they hope most tenants have lost the will or and under too much financial strain without their deposit and will just agree to take the hit. I’ve been with them three years and all the people I’ve seen go in that time I have seen suffer this treatment – every one without exception. They/ their main landlord Mr Abedi – is as cynical and unpleasant a person as I’ve ever come across. It was interesting being with Imperial for three years because I changed rooms once or twice in the same house – so I was in contact with people going through the dispute process while I was still in the house. One poor tenant Abedi insisted on holding out for months on hundreds of pounds for his deposit because of alleged damage to the walls in his room. I moved in straight after this tenant moved out, and when he finally gave in and surrendered a large chunk of his deposit – no-one from Imperial ever came to redo the walls, Abedi was just happy to pocket the cash from this not very wealthy international student and move on to the next deposit he had his eye on. When it came time for me to leave – the same claims were made again and any of my responses about how I had copies of the emails of these previous claims from the previous tenant were ignored as Abedi applied the same strategy of ignoring and delaying in the hopes of making me give up my deposit. Whatever you do, if you are going to choose Imperial – make sure in your head you include your deposit as part of your initial agency fees – because the chances are you are not going to get much out of it back.