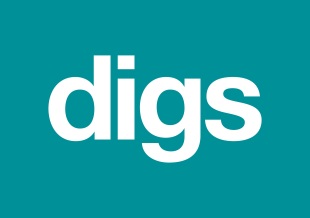 I lived with Digs for two years whilst I was a student. The first year wasn’t so bad, I had a studio flat in a newly refurbished building. The staff were a bit rude, but I never had any issues, until I moved out and they tried to take all of my deposit and more for what most would class as general wear and tear (I fought this providing photographic evidence and got most of my deposit back in the end). I ended up renting from them for a second year with one flat mate. The flat looked lovely when we looked around it. As soon as we moved in we had an issue with the oven, it was making a really loud noise as if the fan was catching on something as it went around. We first called maintenance who said they would order a part. A couple of weeks later, no one had shown up so we called in again and asked what was going on, they said the part had just arrived, the maintenance guy came around a few days after and let us know that the part had been sitting in the office for a week and he was wondering why. It turned out that the part that they had ordered was wrong and they had ordered an extractor fan part so the man took it back. We called digs at least once a week for the course of the next couple of months (in which time, our fridge freezer started to defrost randomly) as nothing was being done, we were being accused of lying to them over the phone and threatened to charge us if we called someone out again!. The maintenance man came back after three months of us pestering the office and got us a brand new oven and fridgefreezer there and then. Another problem we had was the damp. This started appearing in the bathroom, we were told it was only mould and that we had to clean it off with bleach (Really dangerous to do on a ceiling and the bleach would drip onto me). When the damp reached the living room, we called the office and told them, to which they answered that it was mould. I knew that it was damp and threatened to report them to environmental health if they did nothing about it, so they sent some maintenance men around to paint over it, I overheard the men talking about how the paint wouldn’t get rid of it, that extensive work was needed on the property to make it go away. A week later the damp came back, I was getting nothing but rude and patronising emails from the digs office for the next couple of months so I reported them to the environmental health agency. A lady came around to have a look at the whole property, she did a report that concluded that there was inadequate ventilation and gave the landlord some time to sort it out else they would get a fine. Nothing was done about this, and at 9 months in to our tenancy, we decided we would move out. I and my flatmate were in very poor health, our immune systems and lungs were struggling, we were so stressed out and our final university deadlines were coming up. We had spent so much of our final year arguing with Digs. They had also grown sick of our persistence and given our tenancy contract to an agency called ‘Abode’ (digs sister agency) that was conveniently located in the same building as the company that owned our flat. We got nothing but our deposit back despite asking for the three months rent that we could not live in the flat. Living with digs ruined our last year at university, we believe our grades could have been much higher had we not been spending 50% of our time emailing and phoning them. They are only there to take your money, and they expect students to be too placid and stupid to fight back.

I have signed a reservation tenancy agreement 10 weeks before the moving in date. The staff clearly explained that in case of request for any cancellation of the reservation, the only issue would be loosing of the agency fee. However, when I request for cancellation of the reservation 7 weeks in advance, they reject to do so. Although they clearly mentioned in tenancy agreement that is such cases they would re-market the property, they rejected to do that as well. Another misleading information was that the staff clearly explained that if I use Housing Hand as my guarantor, I can be benefit from monthly rent payments instead of quarterly rent payments. Now they are forcing me to pay the rent in quarterly rent payments even though I have paid £225 to Housing Hand to be benefit from monthly rent payments. We all know that some level of trust is necessary in our society in order to have a better and more successful one. However, never trust these people as they only care about your money and do everything to manipulate you in many ways. I do this review because I know that students have to focus on their study and enjoy their life in university instead of dealing with accommodation issues.

Complete and total disregard for students considering they are a student lettings company. Landlords are clearly entirely driven by extracting the most amount of rent possible out of students whilst providing the least possible for example: 7 small rooms at £400 rent each with bills not included, £2,800 a month generated from my property. This is without free wifi, even though it’s clearly stated in the welcome pack to be a FREE PROVISION TO ALL DIGS MANAGED PROPERTIES. Some but not all mattresses are replaced, the ones remaining are worn and clearly a few years old, other simple requests for example there to be matching furniture ie. a mirror in each room are just rejected in addition to requests for locks on our doors for security. Correspondence with Digs over issues they are unwilling to sort out is blunt and inconclusive with blame simply being passed onto the landlord. I would not advise anyone to book with Digs and regret having done so myself out of urgency and with limited options. Some advice for current or prospective Digs tenants: Make sure you have photographic evidence of all maintenance & upkeep issues alongside all dialogue with Digs as estate agents. Good luck with your experience, mine has not been very positive so far.

Digs have a notoriously bad reputation in Bristol and for a good reason – don’t expect to receive your deposits back. Personal highlight was when they left the front door of our property open after conducting an inspection during the university holidays. Since we were away the door was left unlocked for weeks. Absolutely awful – avoid avoid avoid.

Just listened to one of your agents speak incredibly rudely to my partner over the phone and repeatedly talk over her while she politely and rightfully queried the status of her deposit in a second language, leaving her with zero information or even taking her name. I witnessed her frustrations and stresses over a year ago as she was pressured to pay extortionate fees and find/pay for a guarantor for the property long before the start of her tenancy or application deadlines with no support or empathy from the ‘Digs’ team. It is very clear where the companies priorities lie and that they are happy to take advantage of vulnerable students. As someone who went through the same process several years ago of student renting I can confidently say there are far better agencies for students to work with. Appalling customer service and very obviously not the first instance looking at the abundance of 1 star reviews on here. I’m glad there is a platform like this so people can share their experiences and although I’m sure I will receive a similar message to the other poor reviews on here saying they are ‘sorry to hear about this experience’, this review is primarily for the students/landlords/parents who are looking into dealing with this company. They are one of the money hungry agencies taking advantage of inexperienced student renters who are usually flustered, financially disadvantaged and I would avoid at all cost. Up your game Digs it’s a transparent age and costs nothing to be polite or helpful. Adding to my previous review, my partner finally received her deposit after communicating with her landlord who then had to speak to the agency, IN THE FORM OF A PAPER CHEQUE VIA POST. This is the most unsafe, archaic , outdated way of returning money to someone who was pressured to pay you by instantaneous card payment and makes no sense in this day and age. Absolutely ridiculous, a joke of an agency.